HIROSE ELECTRIC is happy to announce that the right angle plug has been added as a new variation to the IEC 61076-3-124 standard compliant industrial Ethernet interface connector lineup, the ix Industrial™.

ix Industrial™ was released in 2017 in collaboration with our Germany-based development partner, Harting Technology Group, and has been used in a variety of industrial markets such as Factory Automation, robotics and machine vision. The ix Industrial™ has been adopted by several large industrial application manufacturers for Ethernet connectivity, due to its space-saving and durable design. Hirose has released the new right angle plug variation in response to market needs for space-saving routing, free of stress on the connector resulting from cable bending when space on the interface connection side of the device is limited. While straight plugs are already a part of the ix Industrial™ lineup, the right angle type allows the cable to be pulled out at a right angle in respect to the mating axis, reducing the height of the equipment interface connection and making it easier to route the cable in tight spaces. The ix Industrial™ lineup provides more wiring flexibility, with two cable assembly options of solder and IDC, 2 keying options, and both downward cabling and upward cabling right angle plug variations for use based on your application. 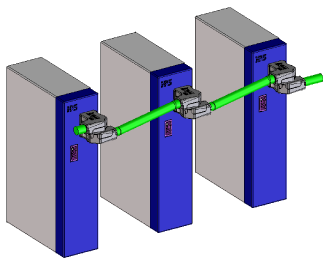 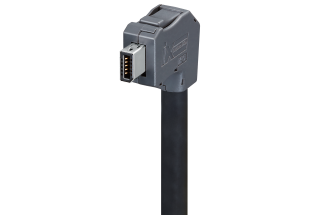 In order to meet the interconnectivity requirements of various operating environments in which industrial equipment is used, Hirose is currently considering development of a waterproof type and a pulse transformer built-in type as new variations.