Prevent fires in the power distribution panel by not using screws.
Shortening of construction hours.

ZERO SCREW™ Terminal Block EF2 series is a spring terminal block that can connect cables to electrical equipment such as power distribution in buildings without using screws. The elimination of screws saves installation works and maintenance. In addition, it prevents accidental fires triggered by the loosening of screws in electrical power applications. 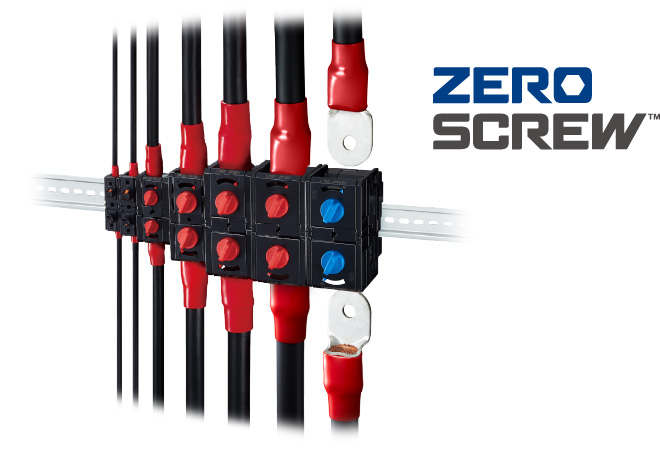 Prevention of fire in electrical equipment
such as a power distribution panel. 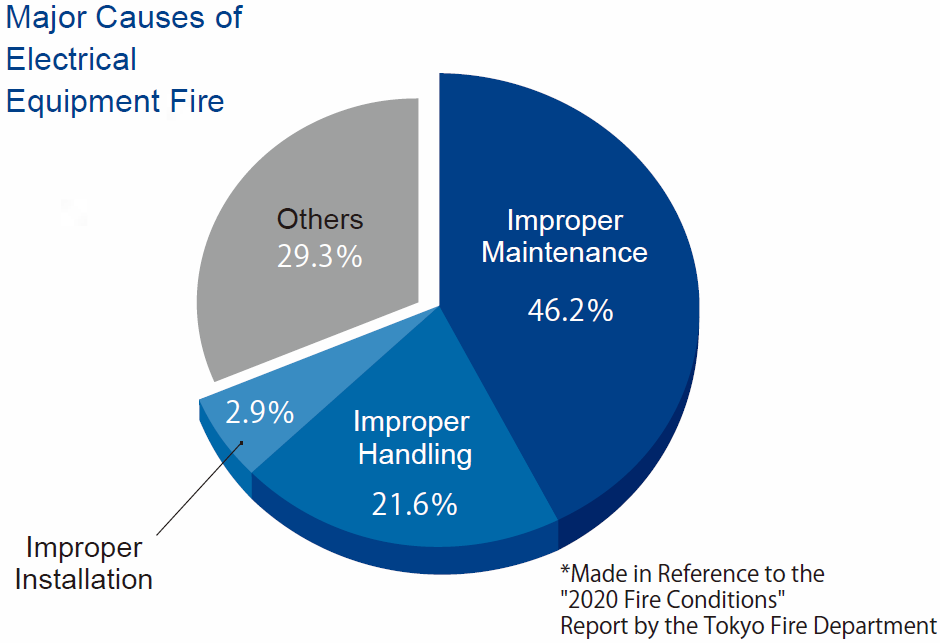 Reduction of work hours and shortening
of construction period 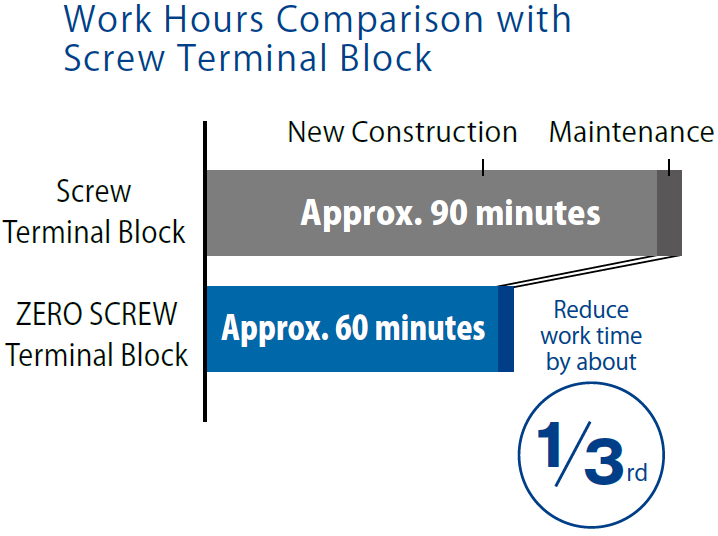 The ZERO SCREW™ terminal block EF2 series connection method is a single action of inserting standard ring terminals.
Compared with the conventional screw-type terminal block, it is possible to eliminate the need for checking operations such as unscrewing, screwing, and torque checking. It is possible to reduce the number of work hours by more than 40% and thereby shorten the construction period.

Stable connection quality
which does not rely on operator’s skills

During electrical equipment maintenance, EF2 can standardizes the installation quality since there is no variation in operator skill, such as "tightening of screws is not appropriate" A stable connection is maintained regardless of the operator. 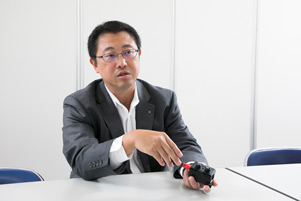 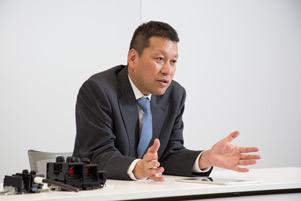 Quick and secure single action positive lock design. Unlike a conventional screw terminal block, the operator can maintain stable work quality even if they do not use to it. In addition, it is easy to use in narrow and dimly lit places.

Unique design for pressing the ring terminal directly against the bus bar for connection. Contact reliability is improved and a stable connection is maintained over a long-term.

Wiring in the board